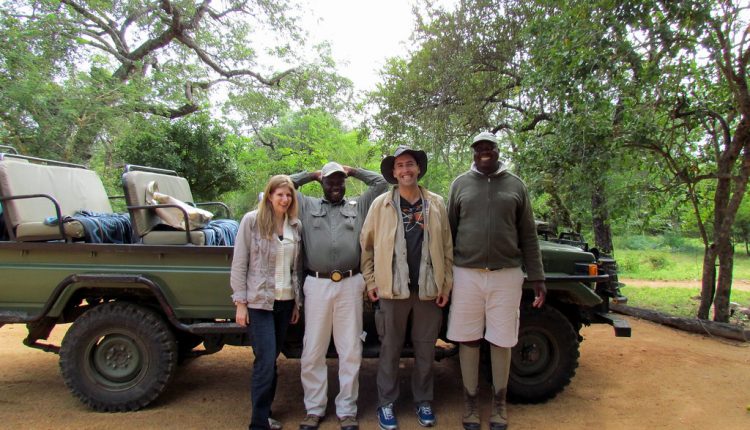 South African Safari Tourism: When is the Best Time to Go

South Africa is a must-see destination with a year-round appeal. Its incredible wildlife and national parks coupled with its inviting Winelands, vibrant cities, and idyllic coasts make it a one-stop-shop for the perfect South African safari vacation.

So when is the best time to travel to South Africa? Well, that depends on what you want to see and when you are able to travel. Yet considering South Africa is such a large country with so many different climates, there really isn’t a bad time to visit.

Here is what you can expect with each season and a verdict on when the best time to travel is. You will eventually discover that when you go may determine where you go.

Keep in mind that the country rests in the Southern Hemisphere, so the seasons are opposite to the US.

A South African safari during the summer is marked by warm temperatures and inviting sun-soaked beaches. It’s a great time to enjoy the Cape as well as the Garden Route.

It’s also a perfect season for birders, as the migratory birds begin their journeys across the continent.

The only downfalls to summer travel are the visibility and the crowds. The bush is denser, leading to more difficult wildlife viewing. Additionally, the parks tend to be more populated during the festive season and school holidays. Restaurant reservations and excursions are in high demand and require much more lead-time to book.

Fall: March to May

Fall is an incredibly exciting time to go on a South African safari. The weather is warm yet not too hot, and the evenings are crisp.

Beginning in April, the rains subside and the game becomes more active as they gather around the watering holes and hunt for the best grasses.

Another benefit to the fall months is the wine. Stellenbosch, Franschhoek, and Paarl, among others in the Cape Winelands, play host to multiple harvest festivals. It is perhaps the best time to visit one of the finest wine regions in the world.

This is also shoulder season, meaning there are fewer crowds and more competitive rates.

As the temperature drops, the big game comes out in droves around the dwindling rivers and waterholes. Additionally, there is less vegetation, little to no rain, and fewer mosquitos – creating a lovely atmosphere for a South African safari. It is truly a superb window for game viewing in the northern and eastern swaths of the country.

July also kicks off whale watching season in the Western Cape. The southern right whales are notorious for traveling close to the shores of Hermanus and Plettenberg Bay to give birth to their young. It is widely considered the best land-based whale watching experience in the world.

Spring is such a sweet spot in South Africa. The sun shines in full force across the country, and the Cape’s carpet of wildflowers begin to bloom their colorful best.

Whale watching is still in its prime (and will be through November), and wildlife viewing is incredible, with many inland animals giving birth in the bush.

The final verdict is that there truly is not a bad time to go on a South African safari.

However, if you are looking to capture the variety and beauty of the country in one visit, you absolutely must go in September.

September promises not only good weather and beautiful blooms, but also optimal wildlife encounters. From newborn game in the bush to breaching whales on the coast, the animals are on their best display.

Also, it coincides with the tail end of both of dry season and low season. So the wildlife is especially easy to spot as they head to the watering holes, and there are fewer visitors and vehicles to compete with.

What To Do With A Long Stop Over In Abu Dhabi

10 reasons why you should hire a yacht for your next holiday!

BENEFITS OF A SCENIC AIR TOUR

BENEFITS OF A SCENIC AIR TOUR