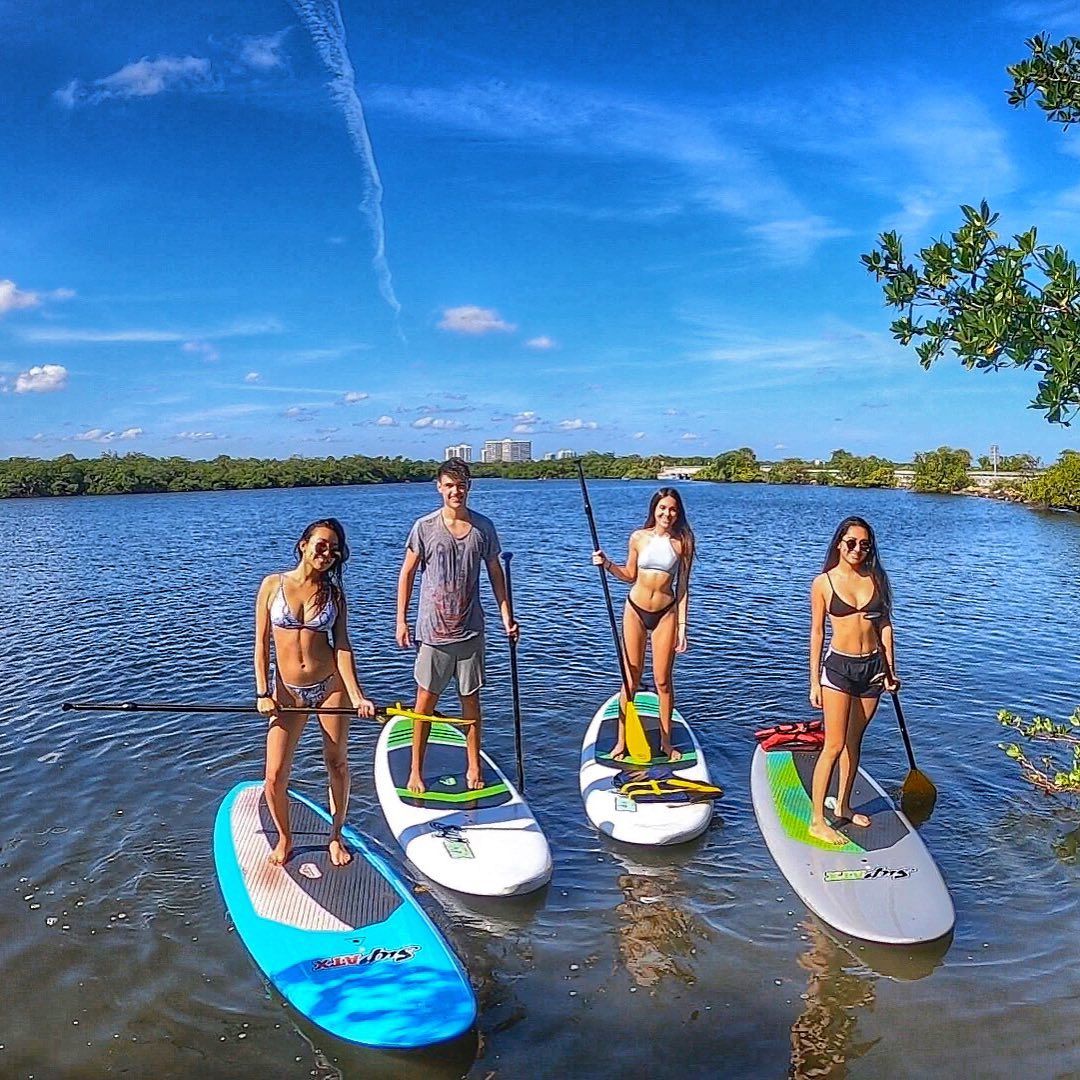 England is ideal for stand-up paddleboarding since the sport’s adaptability makes it so appealing. You can get out on the brine from almost everywhere in the country, because of the large variety of different shorelines, lakes and reservoirs to explore.

If you are not someone who would ordinarily participate in watersports, you can still enjoy the meditative pleasures of gliding through the water on a SUP across the UK’s rivers, lakes, and shorelines.

Helford is a small village with a lot of character and a lot of significant history. The Helford River, nestled peacefully between Falmouth Bay to the north and the Lizard Peninsula to the south, is every bit as spectacular as its neighbours. The seashore of Helford is diverse and beautiful.

There are lots to see and do for daring paddlers, including beautiful villages and isolated beaches, tranquil coves, and peaceful creeks. With its thatched homes, boathouses, and ancient features, Helford village is authentically English. This calm woodland creek, located upstream of the suggested paddle route, is brimming with wild garlic and bluebells in the spring.  Its steep sides climb rapidly, surrounded by woods. Look for small egrets and grey herons fishing discreetly and remarkably discreetly around its shallow muddy edges.

The River Stour flows through Wiltshire and Dorset for 100 kilometres (60 miles). It passes through a variety of environments on its way south, including heathland, marshes, and the chalk ridge of the Dorset Downs before draining into the English Channel.

As you paddle across the river, summer’s low water levels show a variety of botanically rich habitats along the river’s edge. Colourful dragonflies and damselflies abound, while plants such as the fittingly named purple loosestrife, whose spectacular spikes attract butterflies, moths, and bumblebees, give a variety of tones.

The River Thames meanders through some of England’s most historically, culturally, and aesthetically significant places across its 345-kilometre (215-mile) length, and has been a vital trade thoroughfare throughout British history. Upstream from the city, you can paddle along the section between Kingston and Richmond. This brings with it a multitude of interesting and historically significant landmarks and surroundings. Furthermore, the path is far enough away from the city’s chaos to make you feel as if you’ve fled, but close enough to be easily accessible for those travelling from the capital.

The name Cuckmere is thought to come from an Old English term that means ‘fast-flowing.’ Given the River Cuckmere‘s precipitous plunge of almost 100 metres in its first 6 kilometres (4 miles), this is both realistic and appropriate.

It’s not all a white-knuckle ride at the ultimate end of the river’s journey in the heart of Sussex’s Seven Sisters Country Park. For those who prefer smoother paddling, a section of non-tidal waters here is ideal.

The River Chelmer is entirely within Essex’s jurisdiction. It begins near Thaxted in Debden and flows 65 kilometres through Chelmsford before joining the River Blackwater and spilling into the North Sea near Maldon. The Chelmer and Blackwater Navigation connects the two rivers with a 22-kilometre canal; this route is roughly in the middle. While this waterway still reveals traces of its industrial past beneath its low-hanging willows, the section where this route runs–between Little Baddow and Ulting, roughly halfway between Chelmsford and Maldon–offers fine, unspoiled English countryside as well as a particularly beautiful stone church.

The Trent, England’s third-longest river, dominates the country’s centre. With its long and distinguished history, the substantial paddle from Trent Lock in Nottingham to Newark is a homage to Trent’s historical, environmental, and cultural significance. It’s a two-part route. The terrain upstream of Hazelford Lock is largely picturesque, with much wildlife. As you pass through Newark locks on your way to Newark Castle, the paddle chimes a more historical tone. Its position as a transportation ‘highway’ during the 19th-century industrialisation of the Midlands is visible in archaeological remnants.

Before you travel far and wide, take a look at your local waterways. Discover the finest places to SUP in England, with the most beautiful locations. Whatever kind of paddling you prefer, England has a location that will provide you with the SUP paradise you seek.

Simple Tips to Stay Comfortable in a Long Flight

6 Popular Restaurants To Try When You Fly Into Sydney

Simple Tips to Stay Comfortable in a Long Flight

What To Wear Whale Watching in Hawaii

6 Popular Restaurants To Try When You Fly Into Sydney